Notes and Quotes on the The Gaze 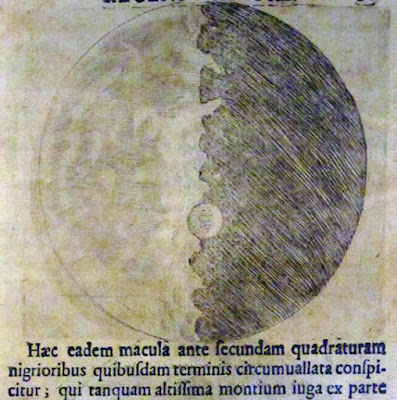 Who can fix a limit to the gaze? Who will dare to define it scope, point out its center, or draw a circle around its sphere? As far as I can see, everyone turns away. Where? To the gaze.

On the one hand, the gaze is limitless, extending in all directions, further than the eye can see. “The self,” says Ibn Arabi, “is an ocean without shore. Gazing upon it has no end in this world and the next.”

On the other hand, the gaze is nothing, nothing but itself, a zero through which only another I is looking. “All creatures are absolutely nothing,” says Johannes Tauler, “That which has no being is nothing. And creatures have no being, because they have their being in God; if God turned away for a moment, they would cease to exist.”

Is my gaze my own? Yes and no. I look, yet cannot see myself. I am seen, yet none sees me. Is that you, looking back at yourself in the mirror? No and yes. The gaze is the mirror of the gaze, every look a reflection of itself. Where would I be, what would become of you—everything—if that which sees and is seen by seeing, vision’s own visibility, were blotted out, blinded? If the gaze through which we gaze shut its eyes? “Do not separate from me,” says Hafiz, “for you are the light of my vision. / You are the peace of my soul and the intimate of my heart.”

I see that one is always turning toward and turning away, turning away from what one turns toward, turning toward what one turns away from. What an endless revolution, the restless conversion of the still, ever-spinning eye. Zoom in on planet pupil, a little nothing meaning all, suspended in its own universal reflection, projecting and filming everything through the point, the navel of itself. Is your gaze born from you or you from your gaze? “I believe,” says Dante in Paradiso, “because of the sharpness of the living ray that I sustained, that I would have been lost if my eyes had turned away from it.”

How eternally precious those passing moments, when the gaze opens itself a little more and sees, by some unfathomable magic or trick of the abyss which if you gaze long into it gazes back into you (N), that the image is no less in love with Narcissus. As Francis Brabazon said, “And so one arrives at the painful conclusion that the Beloved alone exists—which means that oneself doesn’t. And that’s a terrible predicament to find oneself in—for one is still there! The only solution I found was to accept the position: ‘You alone are and I am not, but we are both here.’”

Whose gaze is that? What eye calmly turns itself towards the gaze of the real, penetrating the sight of life, which is death to the living? It would seem as if the person who possesses this look also cannot sustain it. Are not saints, or the truly beautiful, forever ashamed of their own eyes? Here is a passage from Meher Baba to fall in love with: “A wali . . . has the power to open the third eye and grant divine sight, if he is in the mood. He can do so by simply looking into the eyes of the aspirant, even if the aspirant is at a distance. When the third eye is opened, all is light . . . It is so powerful an experience that the recipient either goes mad or drops the body . . . One type of wali is called artad. They are very, very few, quite rare. They are very fiery, with piercing eyes that break through anything, even mountains! Their gaze is sufficient to cut an animal in two, hence they always keep their eyes on the ground. That too is split apart.”

If the gaze splits, surely that is because it is without number, because the manyness of our eyes only sees by reflecting one. Thus the individual neither sees nor is seen by unity without being cut in two. Consider this as the principle of honesty or natural self-discernment. I am only whole, authentic, truthful, when I see how double, how dark to myself I am, when eye see myself seen by seeing itself. “Look not upon me, because I am black, because the sun hath looked upon me” (Song of Songs 1:6).

Imagine a map of all vision, a long tracing of its every line, individual and collective, from the beginningless beginning to the endless end, from the earliest emergence of anything to its final absolute evaporation. A one-to-one map scaled to the continuum of seeing itself, all of its sleeps and wakings, every stop and start across the seas of every kingdom of being, in short, from stone to human. What does it look like? In his Dialogue on the Two Principle Systems of the World, Galileo, in order to explain how “this motion in common [i.e. the motion of the earth] . . . remains as if nonexistent to everything that participates in it,” conceives the figure of an artist who draws, without separating pen and paper, everything he sees while sailing from Italy to Turkey: “if an artist had begun drawing with that pen on a sheet of paper when he left the port and had continued doing so all the way to Alexandretta [Iskenderun], he would have been able to derive from the pen's motion a whole narrative of many figures, completely traced and sketched in thousands of directions, with landscapes, buildings, animals, and other things. Yet the actual real essential movement marked by the pen point would have been only a line; long, indeed, but very simple. But as to the artist's own actions, these would have been conducted exactly the same as if the ship had been standing still” (Galileo Galilei). Is not the real hero of the story the hyper-saccadic story of the eye? Now raise that to the power of itself ad infinitum. What a line!

More locally, the gaze concerns the duration and depth of seeing, the extensity and intensity of its time and space. Gazing not only looks but looks beyond looking, exploring the very surface of vision as a dimension otherwise than surface. The gaze sees by seeing into seeing itself, in both senses at once. No need for a map, the gaze directs itself. As Merleau-Ponty explains, the focus of the gaze, through which we establish the qualities of objects by interrupting them from “the total life of the spectacle,” operates through an essential reflexivity: “The sensible quality, far from being coextensive with perception, is the peculiar product of an attitude of curiosity or observation. It appears when, instead of yielding up the whole of my gaze to the world, I turn toward this gaze itself, and when I ask myself what precisely it is that I see; it does not occur in the natural transactions between my sight and the world, it is the reply to a certain kind of questioning on the part of my gaze, the outcome of a second order or critical kind of vision which tries to know itself in its own particularity.”

So we are led back, willy nilly, to the essential gravity of the gaze as an exponent of will, to looking as the weight of the love of a being who is its own self-consuming question. But what of the one whose will is annihilated? “To those in whom the will has turned and denied itself,” says Schopenhauer, “this very real world of ours, with all its suns and galaxies, is—nothing.”

What does the gaze that sees nothing see? “And Saul arose from the earth; and when his eyes were opened, he saw nothing” (Acts 9:8).

I trust that both Dante and Hafiz agree that this gaze sees not only nothing, but everything. As their contemporary Meister Eckhart says, “A man who is established thus in God's will wants nothing but what is God's will and what is God . . . Even though it meant the pains of hell it would be joy and happiness to him. He is free and has left self behind, and must be free of whatever is to come in to him: if my eye is to perceive color, it must be free of all color. If I see a blue or white color, the sight of my eye which sees the color, the very thing that sees, is the same as that which is seen by the eye. The eye with which I see God is the same eye with which God sees me: my eye and God's eye are one eye, one seeing, one knowing and one love.”

This makes me want to see what these two poets might see looking into each other. For both are so well versed in the mystery of the unitive doubleness of vision experienced in the gaze, wherein the two-ness of the eyes becomes one. As Hadewych explains, “The power of sight that is created as natural to the soul is charity. This power of sight has two eyes, love and reason. Reason cannot see God except in what he is not; love rests not except in what he is. Reason has its secure paths, by which it proceeds. Love experiences failure, but failure advances it more than reason. Reason advances toward what God is, by means of what God is not. Love sets aside what God is not and rejoices that it fails in what God is. Reason has more satisfaction than love, but love has more sweetness of bliss than reason. These two, however, are of great mutual help one to the other; for reason instructs love, and love enlightens reason. When reason abandons itself to love's wish, and love consents to be forced and held within the bounds of reason, they can accomplish a very great work. This no one can learn except by experience.”

And I am looking forward to this encounter all the more, not only because, as Vernon Howard says, “Anything you look forward to will destroy you, as it already has,” but because what is seen between the gazes of these two poets will no doubt be something neither could see—the beauty of a spark leaping between the eyes of two no-ones.


As Hafiz says, “اهل نظر دو عالم در یک نظر ببازند” [Men of sight can lose both worlds in one glance]. Or as Love tells Dante in the Vita Nuova, “Ego tanquam centrum circuli . . . tu autem non sic” [I am as the centre of a circle . . . you however are not so].

Posted by Nicola Masciandaro at 7:59 AM No comments: